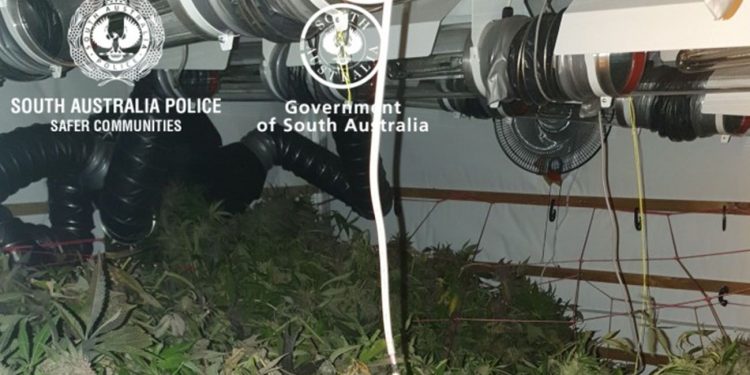 South Australian police have seized a dozen cannabis plants from a house in Myponga (located 60 kilometres south of Adelaide).

Police raided the Myponga address on Thursday, the 29th of July, 2021. They were acting on a tip from Crime Stoppers that advised there were drugs in the home. According to police, the front of the house was “set up to appear as though the residence was occupied”, but the residence was actually being used to grow cannabis crops.

When they searched the home, police discovered an “elaborate” hydroponic setup as well as a dozen large and mature cannabis plants in two rooms. Police have since destroyed the plants, which were growing in a tent with expensive lighting and cooling equipment.

On Sunday, the 1st of August, police arrested a 57-year-old woman in connection with the Myponga cannabis crop. Police arrested her at a Christies Downs home (located 30 kilometres south of Myponga) and charged her with cultivating cannabis, possessing prescribed equipment and diverting electricity.

The 57-year-old was granted bail and will appear in Victor Harbor Magistrates Court on the 8th of October. Police have appealed to the public for further information on the Myponga operation and any other local cannabis crimes.