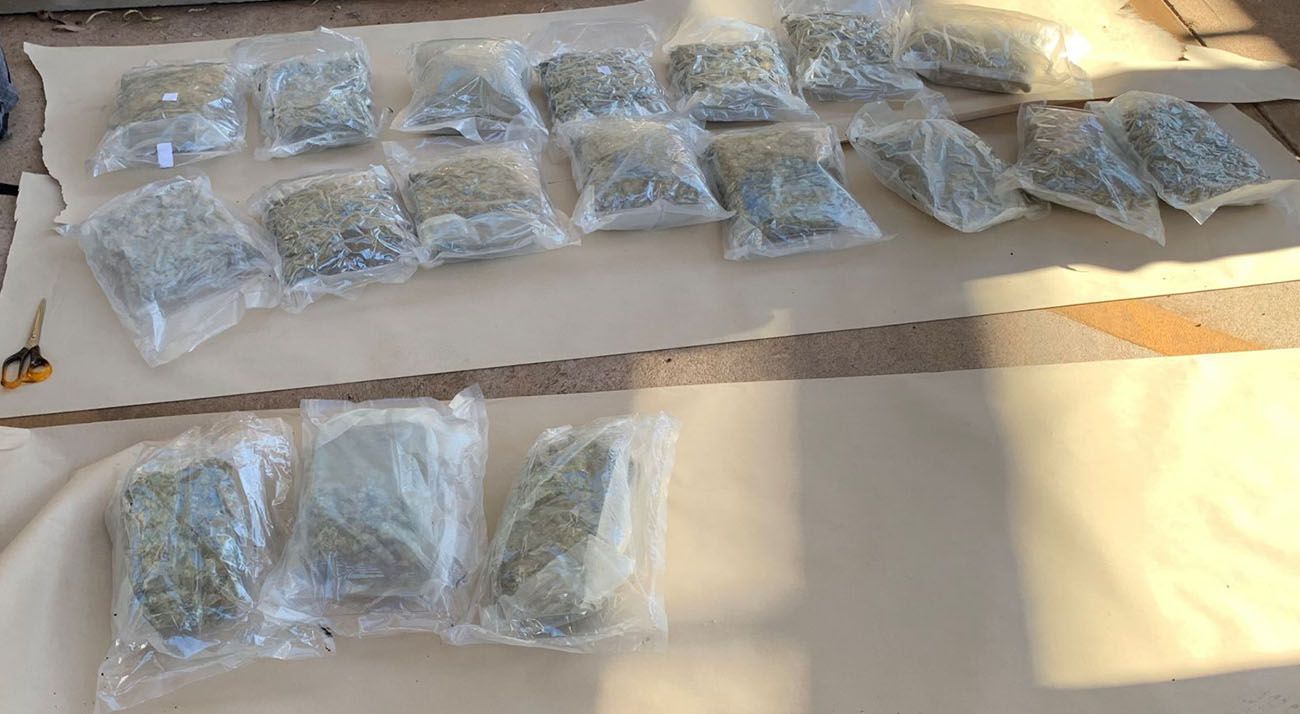 Northern Territory police have had a busy weekend, after seizing $800,000 worth of cannabis from the tires of a car in Alice Springs.

When police pulled over a car driving erratically in Donnellan, they expected to find a trio of friends enjoying a Saturday drive. Instead, police found over eight kilograms of cannabis, hidden in a set of spare car tires.

The cannabis was packaged into 18 small bags and was likely destined for rural Aboriginal communities. Police believe the street value of the cannabis is roughly $800,000. Our estimates put the value at 1/10 of that, roughly $85,000. Another indication backing the myth that police often vastly overvalue seized drugs.

Police arrested all three friends, two men aged 27 and 31, and an 18-year-old woman. The trio were charged with supplying a ‘commercial quality of a schedule 2 dangerous drug’. They appeared in Alice Springs court on Monday.

The car-tire cannabis was found by Drug Detection Dog ‘Yakka’. In a statement to the media, Detective Acting Senior Sergeant Leith Phillips was quoted as saying:

“This seizure displays the value of drug detector dogs in aiding police to locate illicit substances, even when people go to great lengths to hide substances.”

Over in Darwin, more cannabis was found today by fellow police dog Cougar. Cougar sniffed our 600 grams of cannabis in a suitcase destined for Alyangula. A 21-year-old female is in Police custody in connection with the suitcase, alongside a 24-year-old man. He was caught with 454 grams of cannabis in Alice Springs earlier today.

According to some of the latest cannabis prices, the two were transporting roughly $5,000 of cannabis.