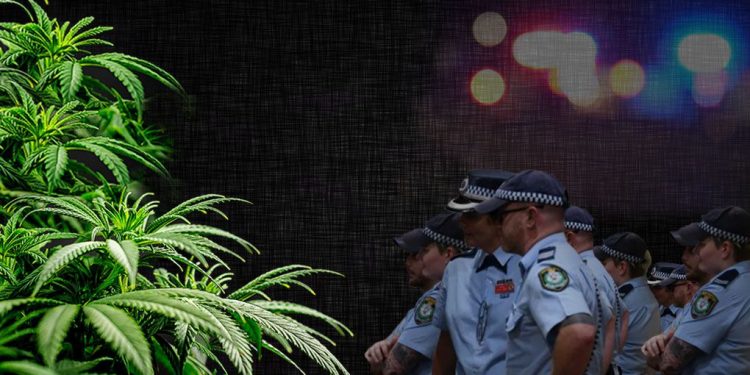 Despite the rest of the world rationally discussing legalising recreational cannabis, our very own NSW government is still taking a hard stance – pouring resources into busting illegal cannabis cultivators.

Throughout the first half of 2020, we noticed the NSW Police were quick to share their cannabis seizure success stories. Hitting their social media platforms with all the details of the bust, multiple photos, videos, and even drone shots of the cannabis raids they’ve conducted.

And so, we thought we’d keep a running tally for them to to put on their trophy at the end of the year.

Not an insignificant number.

Take that figure with a barrel of salt, however, as they’re known to vastly inflate the value of the cannabis for greater headlines – some suggesting they weigh the full plant, roots and all. But hey, we couldn’t weigh the cannabis ourselves, so we have to go with what they’ve got.

Here is a list of some of the major raids and subsequent seizures that NSW Police conducted in the first half of 2020:

Please note that the list is likely not exhaustive. It’s just what was able to be gathered from their social media accounts and websites – who knows how long it’ll take them to release official figures.

As you can see, the NSW Police Force has spent more than a bit of time and money tracking down and slightly hindering NSW’s cannabis black market.

Are they really still trying to fight the war on drugs?

Didn’t they get the fax? The war on drugs has failed. All over the world. And Australia isn’t any different.

There are many benefits Australia, and its residents, will see from legalising recreational cannabis.

To the NSW Government and Police Force – Stop wasting the taxpayer’s money fighting cannabis and just legalise it already.

Over to you Gladys.

P.S. Here are some snaps they’ve been proud of: