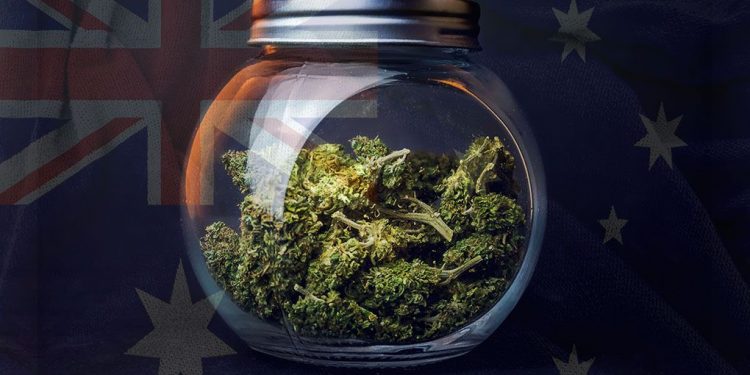 Jar of cannabis over an Australian flag

The tides have turned. The table’s been flipped. The rabbit’s escaped the talons. And the cannabis, oh it’s growing. For the first time in likely over a century, more Australian’s support the legalisation of cannabis than oppose it.

Australian’s are showing their progressiveness as the recent 2019 National Drug Strategy Household Survey, had its findings released this week by the AIHW. Boy oh boy, do they excite us.

The study asked 22,274 Aussies their ‘attitudes and perceptions relating to tobacco, alcohol and other drug use’. It also ‘collects information on alcohol and tobacco consumption, and illicit drug use among the general population in Australia’.

Every three years, survey respondents are asked whether they support the legalisation of cannabis in Australia. Last year, in 2019, support surged to 41%, claiming majority as opposition dipped to it’s lowest in a long time, to 37%.

It’s the largest survey of it’s kind in Australia, covering the most diverse demographic. So, it’s official:

Results are echoed across the Tasman, as our Kiwi friends have also shown their support, with a recent poll finding New Zealand’s September cannabis referendum will likely close with a supporting majority.

Despite the growing majority here in Australia, Federal and State governments are doing little with overturn the current laws (except the ACT). Thankfully, for those that truly need it, it’s a little bit different.

Patient numbers have surged to over 50,000. State governments are removing the red tape around accessing it. And global leaders are claiming Australia is the world’s fastest growing medicinal cannabis market.

All the signs show Australia is finally opening its mind to cannabis, after outlawing it almost 100 years ago. As projections put Australia’s cannabis industry at $1.5 billion by 2024, with some prominent senators detailing how it could generate $2 billion per year for Australia in excises and taxes.

Even a new political party, Legalise Cannabis Queensland (LCQ), formed in the past month, joining the Help End Marijuana Prohibition (HEMP) in the fight for legalisation.

Keep in mind, the ACT has already legalised recreational cannabis. However, the new laws don’t make it any easier to buy cannabis, as selling it is still illegal – people are only allowed to grow it for personal use.

We’d like to think Australia’s sitting on the sidelines, noting the pros and cons of other cannabis-legal regions, and will soon detail progressive and creative cannabis laws. Oh wait, that’s New Zealand. Sorry.

With the support growing year on year in Australia, hopefully our government will lead our democracy as it should.

Download the raw data of the survey here. Table 9.26 contains the support for cannabis legalisation.