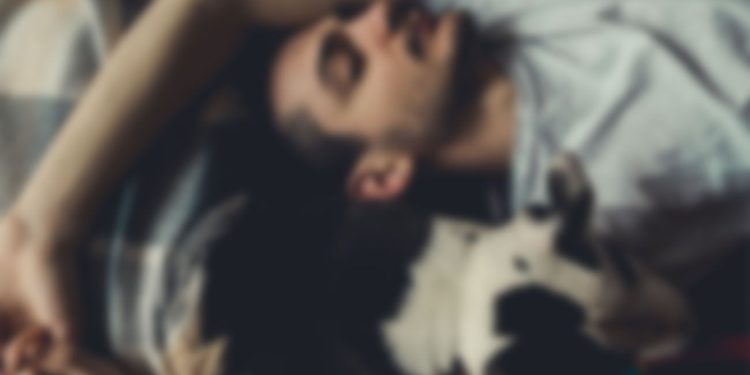 Man sleeping with a dog

Obstructive Sleep Apnoea (OSA) currently impacts roughly 5% of Australians, including 1 in 4 men aged 30+. People with sleep apnoea commonly use a Continuous Positive Airway Pressure (CPAP) machine, but they don’t work for everyone — as CPAP machines can be expensive, uncomfortable and claustrophobic.

IHL-42X is a combination drug that includes THC from cannabis and acetazolamide, a drug that people use to treat hypertension, glaucoma, epilepsy and other conditions (you may know it as “Diamox”). Incannex filed a patent for IHL-42X back in July 2021 and produces soft-gel capsules of IHL-42X via a deal with Procaps.

As of December 2021, Incannex has just finished the testing phase of a phase 2 proof-of-concept clinical trial that looked at how people with sleep apnoea responded to IHL-42X.

The trial took place at the Alfred Hospital and the University of Western Australia Centre for Sleep Science. Participants in the trial took three different doses of IHL-42X and a placebo drug in four treatment periods (one per drug dose). Throughout the trial, researchers monitored patients’ Apnoea Hypopnoea Index (AHI) score and compared it to the AHI score of people without sleep apnoea.

While we won’t know exactly what the results of the trial were until they are released next year, Joel Latham, Managing Director and CEO of Incanncex, says the trial strengthens the company’s faith in IHL-42X.

OSA remains a significantly unmet medical need and can lead to a variety of cardiovascular complications … We believe that novel cannabinoid combination IHL-42X can potentially offer meaningful benefits to this large patient population.

Latham also says that Incannex is preparing for a Pre-Investigational New Drug (IND) meeting with the United States Food and Drug Administration (FDA) so the company can launch the new drug in the US market. Incannex is due to have the pre-IND meeting in the first quarter of 2022.