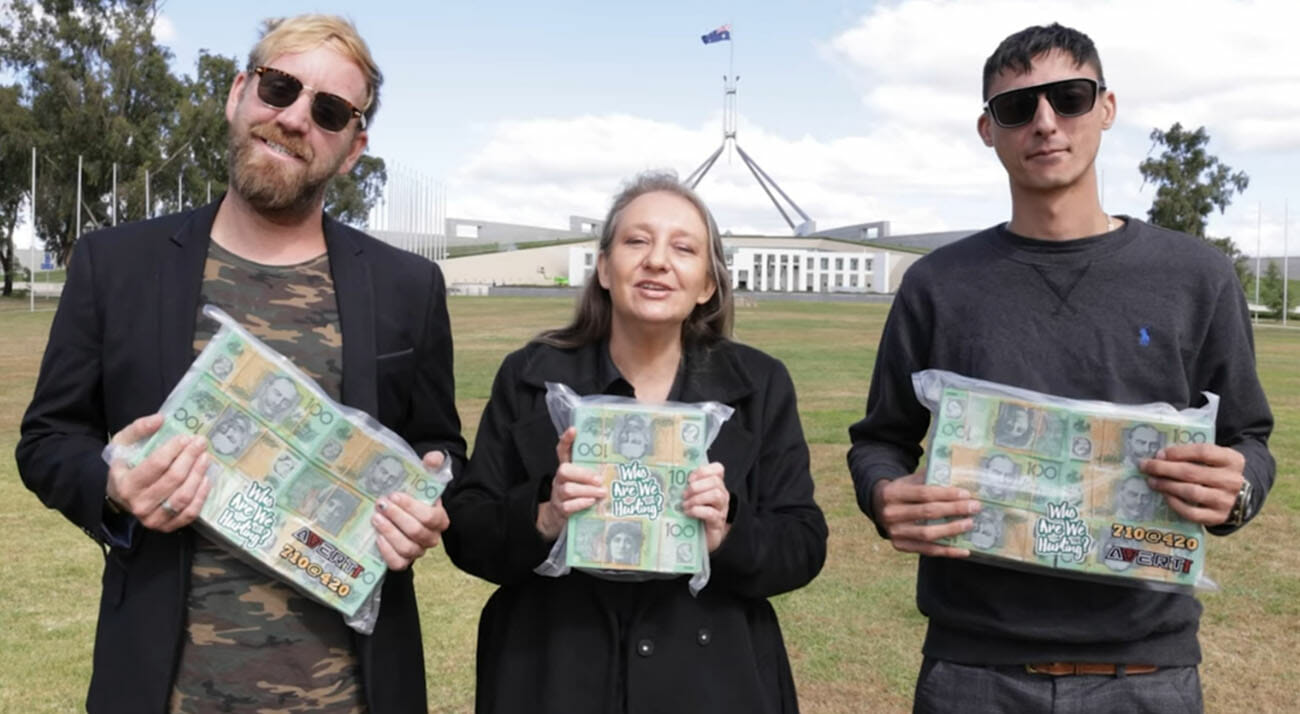 Cannabis activists from Who Are We Hurting? celebrated April 20th in front of Parliament House, where they posed with $420,000 to demonstrate how much tax revenue Australia loses to cannabis prohibition.

Who Are We Hurting? is a pro-cannabis advocacy group that includes athletes from Ballin’ On A Budget and artists from The Craze Collective. On 4/20, the group travelled to Canberra to pose outside parliament house with sealed cases of $100 notes.

Accompanied by two security guards, representatives from Who Are We Hurting? read out prepared statements about the sorry state of cannabis laws in Australia.

Among other things, activists pointed out that Australia is losing millions in lost tax revenue to cannabis prohibition. Four years after legalising recreational cannabis, the state of Colorado earned $260 million in tax on the $1.7 billion in marijuana sold in the state in 2016.

If recreational cannabis were legalised in Australia, it could generate an estimated $2 billion in tax annually. It would also save Australian Federal Police roughly $25 million in cannabis-related expenses. Currently, that money is going into the hands of criminals, as the cannabis black market is worth over $14.8 billion.

According to Jenny Hallam, this money could instead be going towards the community, including funding schools, hospitals, community housing, helping Australia’s homeless people and mending the post-COVID economy.

Cannabis has been saving lives for yours. Now it’s time to let it save the economy too.

Hallam is a South Australian cannabis advocate who was dragged through lengthy court proceedings in 2019 after she supplied CBD oil to Australians with a terminal illness. She was later spared conviction.

Who Are We Hurting? concluded their powerful presentation by posing for pictures in front of Parliament House with the $420,000 in cash. The stunt was documented in a short YouTube video posted to The Craze Collective account. You can watch it for yourself below.