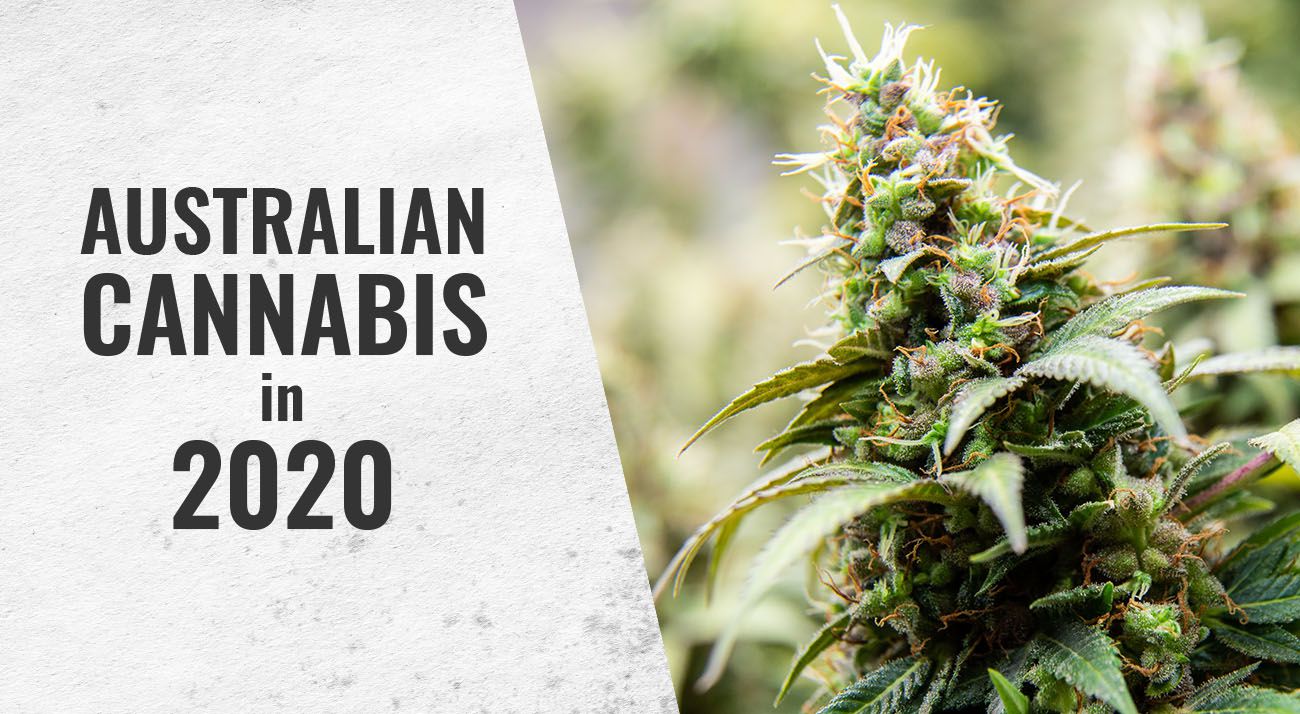 2020 was a year to remember for many reasons. To celebrate the achievements of Australia’s fastest growing industry, here’s a recap of the biggest events to happen across the country in 2020.

As you can see in the graph below, 41% of the survey’s respondents now support cannabis, while only 37% of respondents oppose it.

The call to legalise cannabis was Queensland’s most signed petition

When it came to petitions, Queensland’s pro-pot activists were on the ball in 2020. While 5,032 people signed the anti-Olympic bid petition and 11,049 people signed a petition to ban gel blaster toys, the state’s cannabis legalisation petition beat them all. Running for six months, the petition earned 14,736 backers and became Queensland’s most popular petition in the past year.

But this petition did more than just send a message to Queensland’s parliament: it inspired two new pro-pot political parties (LCQ and LCWA).

Despite the legalisation of medical and industrial cannabis, companies operating in the cannabis industry are notoriously difficult to find. This changed in 2020, with the launch of Australia’s largest database of cannabis companies.

You can view the database here.

While Australian police and anti-pot politicians continue to (fruitlessly) fight the war on drugs, Australians consumed record amounts of cannabis in 2020.

According to a wastewater study conducted on 56% of the population (13 million people), cannabis use increased dramatically between December 2019 and April 2020. As confirmed by the AIHW’s household drug study, this means over 2.4 million Australians aged 14+ used cannabis in the past year.

A study released by Curtin University may have shocked many pro-pot advocates back in August, but we are better for it. According to the results of study, Australia spends over $1.1 billion policing cannabis every year.

In return, we get…stigma and more international cannabis criminals flocking to Australia. YIKES.

After deliberating for months, Australia’s Therapeutic Goods Administration (TGA) made an industry-shaking decision: rescheduling CBD oil to make it available over-the-counter in pharmacies without a prescription.

While the decision (to take effect in February 2021) won’t legalise cannabis oil, it will provide easy access to CBD oil for Australians who need it the most, freeing them from the chains of TGA’s Special Access Scheme (SAS).

Cannabis legalisation came to the ACT

While cannabis legalisation in the ACT was in the works in 2019, legalisation laws came into effect in January 2020. This meant that Australians over the age of 18+ living in the ACT are able to possess 50 grams of dried cannabis and grow 2 plants per person.

Canberra’s new pro-pot laws may not be perfect, as you cannot buy or sell weed – or even buy the seeds to grow it, but they did set a powerful example for the rest of the country. Nearly a year later, we can pretty much confirm that cannabis legalisation did not result in the territory imploding – and that’s a win against fear-mongering.

While we don’t know how much cannabis there is in Australia, we do know that at least $203 million of it was seized by police.

There’s few words to describe this one, so let’s leave it with a 1994 quote from the Australian cannabis task force:

“Current total prohibition policies have been unsuccessful in reducing drug use and causes significant social harm.”