Bored of Monopoly? Why not try becoming the ‘Lord of Cannabis’ 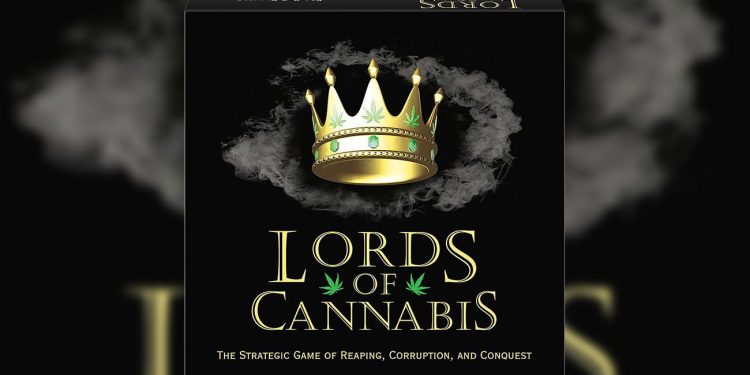 Lords of Cannabis board game

There are board games about nearly any topic these days. Bees? Check. Pimples? Check. Cannabis? Also, check. Though cannabis is still a taboo topic in Australia, it’s featured in several board games, including “Lords of Cannabis.”

Lords of Cannabis was first released in October 2019 by Kheper Games. It’s a city building-style game where players compete to grow their own cannabis crop and sell it for a profit while avoiding law enforcement. As game makers put it, the game is about “reaping, corruption and conquest.”

Ultimately the goal (as the game’s name suggests) is to become the “Lord of Cannabis.” The game is designed for 2 – 6 players, and game makers expect it will take around 60 minutes for someone to claim their royal title.

While Lords of Cannabis may seem like a bit of a niche cannabis game, it’s not the only cannabis-themed game on the market. It’s joined by the likes of “Weed!” (a card game), “Stoner Safari” (a “wildlife guessing game”) and “Stoner City” (another city-building game). Of course, people also collect cannabis trading cards.

Like cannabis trading cards, copies of Lords of Cannabis seem reasonably tricky to come by in Australia. So if you’ve ever played it (or another cannabis game), we’d love to hear your review.