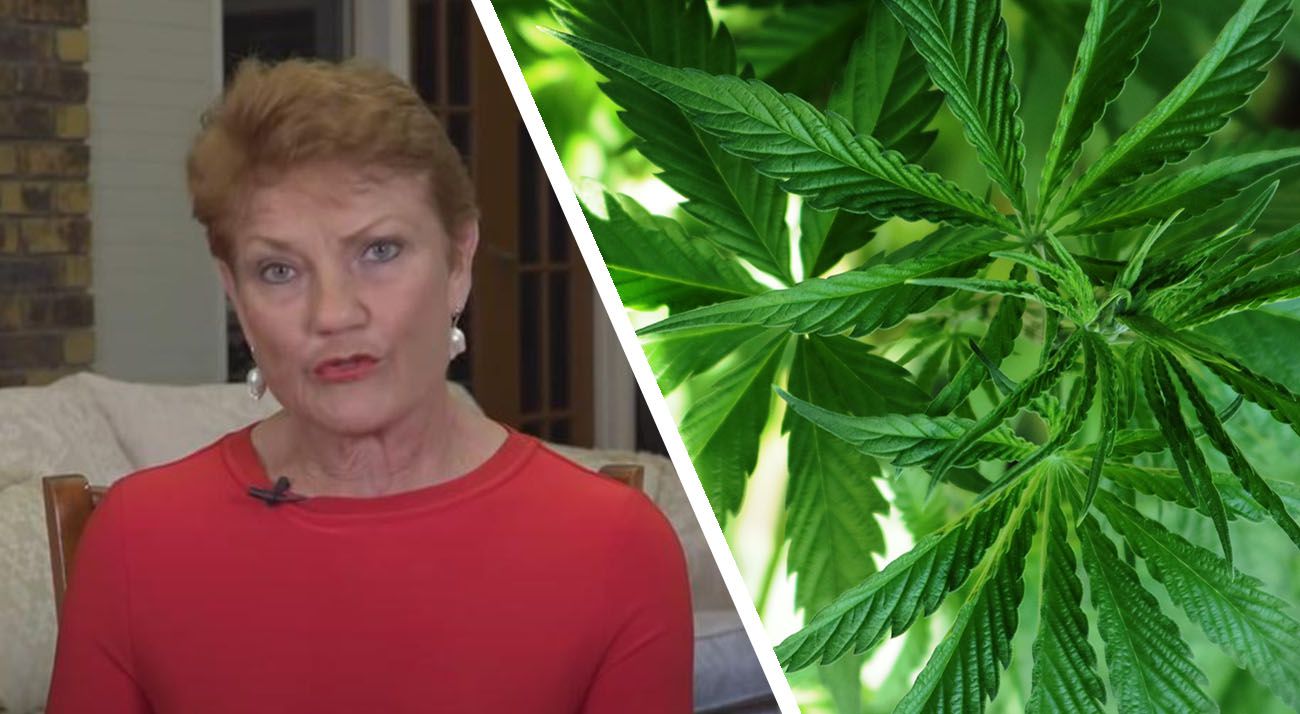 Pauline Hanson One Nation on cannabis legalisation in Australia

In a recent interview with Sky News’ Paul Murray, Pauline Hanson was questioned on whether Australia should start to legalise recreational cannabis, given the continuous legalisation of the drug in more and more regions around the world.

When asked the opening question of ‘Would you legalise, and therefore tax, cannabis for personal use?’, Pauline replied with a blunt ‘No’ along with the following response.

Firstly, we do agree that consuming various forms of cannabis and going for a drive or working under certain circumstances is not ok, but surely driving and working aren’t the only things us humans do these days? We’d like to think Australians have more to live for.

What about all the activities we do outside of working and driving? Hiking, going for a swim, watching a movie, enjoying a nice dinner, listening to music with your friends, gardening, taking the dog for a walk, having a conversation with your partner, playing some video games, painting, reading a book, or even meditating. Maybe cannabis would be a nice little addition to those (just like alcohol is for some). The hundreds of millions of cannabis users around the world seem to agree with us, as do the nearly 3 million cannabis users in Australia as well.

I’ve heard different things that people say, it can have an affect on men with their sperm count and having kids later on. It does affect the mental stability of people. And I just don’t think that we need to have marijuana legalised.

Sure, some studies came to the conclusion that cannabis use can result in temporary reductions in sperm count and quality, which subside after stopping. But other studies have shown the complete opposite, with ‘men who had used marijuana had higher average sperm concentrations than nonsmokers’. It seems more research is needed into the long term effects male fertility and cannabis use.

Regarding the mental stability of people, 11.6% or 3 million Australians reported using cannabis in the past year in the 2019 National Drug and Household Survey. In the 2017-2018 period, Australia recorded 6,461 hospitalisations due to cannabis use disorders, a mere 0.002% of the total cannabis users. The ABC also reported in the year following the legalisation of cannabis in the ACT, cannabis-related hospitalisations increased from 31 to 32, an immaterial increase.

Decriminalise it, fair enough, ok, so it doesn’t have a criminal record. But to actually be able to go out there and buy it, so the government can make more tax out of it, they make enough money out of…if they really worry about people’s health, then ban cigarettes altogether, but they don’t.

The billions of dollars Australians currently spend on cannabis go directly to criminal organisations. Both local and international, with some vast criminal networks siphoning billions of dollars out of Australia each year through the cannabis black market. If we only decriminalise the drug, these criminal networks will continue siphon Aussie dollars out of the country, and use these dollars to fund their other criminal activities.

Australia has been in cannabis prohibition for the better part of a century now, yet the government discovered cannabis consumption was at an all time high in 2020. It’s clear the war on cannabis has utterly failed, surely it’s time to legalise and tax it rather than keeping it to the black market for only the criminals to benefit.

Because they make $17.5 billion tax a year out of selling cigarettes. So if they want to legalise marijuana and think that they’re going to make a lot more money [in] the billions, when it could possibly have [a] health affect on Australians, I don’t believe it is good for Australians to actually be smoking these drugs.

Alcohol was directly responsible for 1,366 Australian deaths in 2017, and contributed to an additional ‘2,820 deaths where alcohol was mentioned as a contributory cause of death in 2017’. How many lives did cannabis claim in the same period? None.

Tobacco smoking claims the lives of 15,500 Australians every year, and is directly responsible for 80% of all lung cancer patients in the country. When looking at the connection between cannabis use and lung cancer, ‘well-designed population studies have failed to find an increased risk of lung cancer associated with marijuana use’.

Australians consumed record levels of cannabis in 2020, with consumption showing no signs of slowing down. Where is the sense in keeping it in prohibition?

Pauline Hanson does not deserve a stance on the subject given she clearly has no intentions of considering the benefits of legalisation.