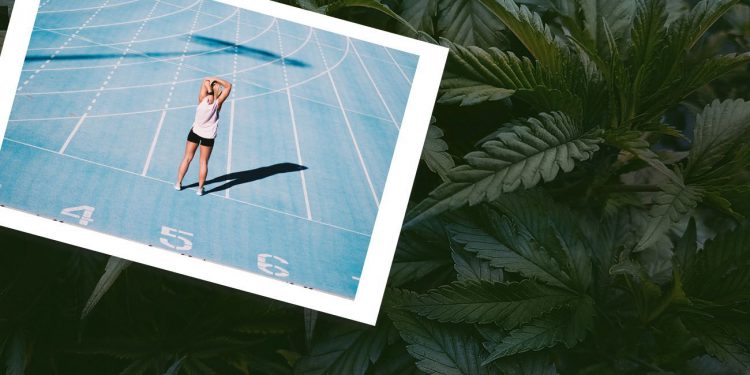 Athlete getting ready to perform on a cannabis background

Back in June, American athlete Sha’Carri Richardson was slapped with a one-month ban after she tested positive for THC (one of cannabis’s psychoactive components).

Starting on June 28th, the ban prevented Richardson from competing in the Tokyo Summer Olympics. This was a massive blow to the USA’s Olympic team, as Richardson was a strong contender for a gold medal in the women’s 100m sprint. Earlier this year, Richardson actually ran the 6th fastest time in history. But because she used cannabis to cope with the death of her biological mother, she was left out of the race.

Athletes cannot use cannabis because the World Anti-Doping Agency (WADA) considers it a “banned substance”. To be banned, a substance must either enhance an athletes performance, pose a risk to their health or “violate the spirit of the sport”.

However, people have long campaigned WADA to unban cannabis because it simply doesn’t meet the criteria. As David McDuff (sports psychiatrist, professor at the University of Maryland and member of the International Olympic Committee’s Mental Health Workgroup) puts it:

I think the consensus, in the absence of clear-cut information, is that cannabis is more likely to be viewed as performance-detracting rather than performance-enhancing,

Now it seems that the WADA is listening. On Tuesday (September 14th), WADA announced that it will conduct a scientific review to determine if cannabis should remain banned. While WADA didn’t mention Richardson in their announcement, her case likely influenced their decision alongside other similar high profile cases.

The review will begin next year and could pave the way for athletes to use cannabis both recreationally and medically. Interestingly, cannabis has shown some promise as a treatment for chronic pain in athletes and may also help with joint health and muscle relaxation.

Until WADA’s review is finished, cannabis will remain a banned substance – including in the 2022 winter games in Beijing.