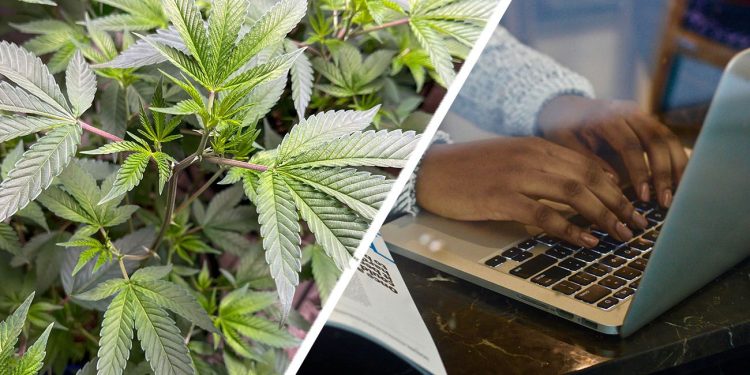 Cannabis and person working on laptop

It’s getting increasingly difficult to ignore the economic benefits of cannabis legalisation, especially when more and more research shows that it’s a win for consumers, governments and the $US28 billion global legal cannabis industry.

A new study has added to this growing body of evidence — showing that legalising recreational cannabis increases employment across areas with cannabis dispensaries.

The study focused on Colorado and was published in the IZA Journal of Labor Economics. In it, researchers from California Polytechnic University and the University of New Mexico (UNM) compared counties before and after a dispensary opened in the area from 2011 to 2018.

They found that the presence of dispensaries triggered an increase in employment and decreased the area’s unemployment rate by 0.7%. The people who entered the cannabis industry mostly came from either unemployment or self-employment, as the number of employees increased by 4.5%, but there was “no effect on the size of the labour force.”

Employee growth was the strongest in the manufacturing sector (though those in construction and service-providing businesses also benefited). Legalisation also had “no effect” on wages.

Interestingly, researchers also found that cannabis legalisation wasn’t linked to decreased job performance or people giving up on finding work. So, people having access to legal cannabis didn’t make them lazy at work or turn them into the unemployed zombies Australia’s media fears.

According to one of the study’s authors, Avinandan Chakraborty from UNM’s Department of Economics, the study made it clear that those that benefited economically from legalisation lived in a county with a dispensary.

In terms of jobs, it is clearly the counties with the recreational dispensaries that benefited the most after Colorado legalised adult-use cannabis.

If you lived in a county without a dispensary, legalisation had no beneficial effect on your local economy.

If you’d like to read “The Effects of Recreational Cannabis Access on Labor Markets: Evidence from Colorado,” you can find it here.