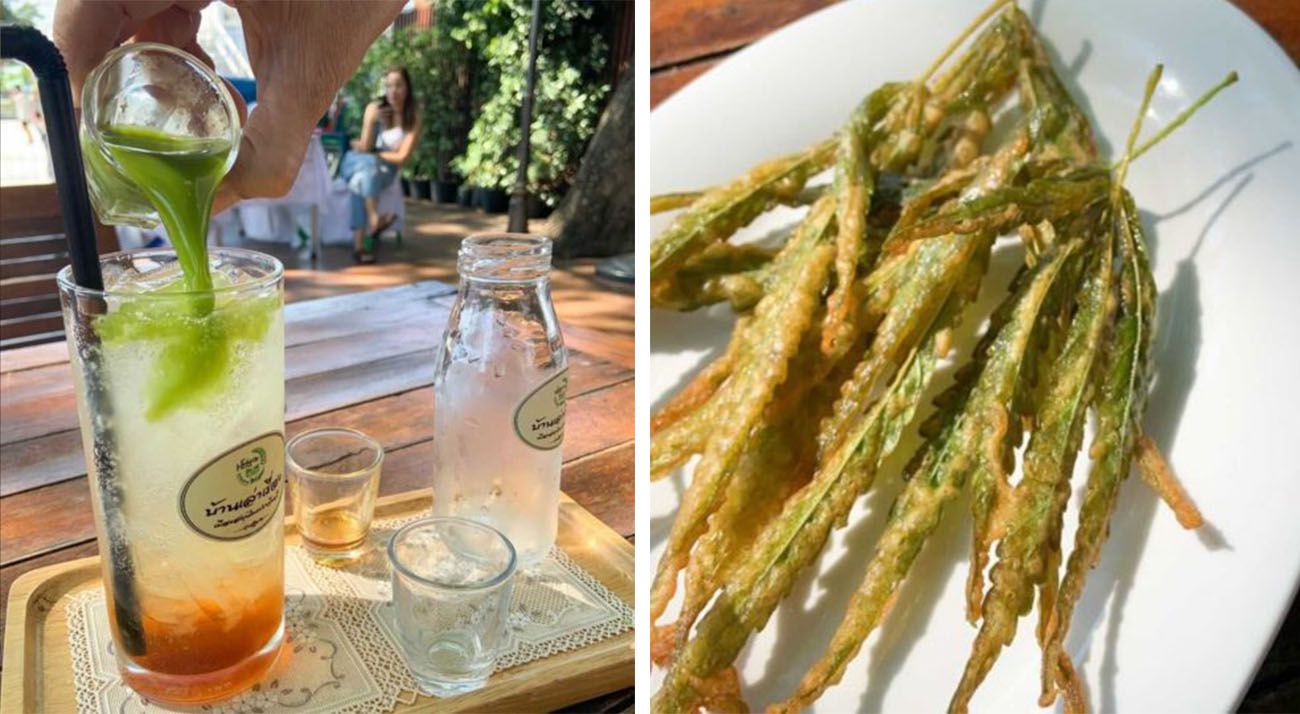 While Thailand was formerly world-famous for their harsh stance on cannabis, the country has made major strides in cannabis acceptance – welcoming their first cannabis cafe.

Cannabis restaurants were made possible by changes in the country’s drug classification system, which de-listed cannabis as a class-5 controlled substance in November 2020. The changes mean that the industrial use of cannabis bark, roots, leaves, stems, fibres, branches, and roots is now legal for people and organisations with a license from the health ministry. Cannabis flower and buds are excluded (at least for now).

While the country’s first cannabis clinic caught mainstream attention worldwide, Thailand has repeatedly made headlines for its fast strides in cannabis acceptance.

Their first cannabis clinic opened in January 2020. Since then, they de-listed cannabis, welcomed plantations in eight provinces, and drafted plans for a medical cannabis-themed tour for tourists (including Aussies). By 2024, this will lead Thailand’s cannabis industry to be worth around $958 million.

While Thailand has embraced cannabis as a “cash cow”, Australia has been left in the dust. While the majority of Thailand’s citizens support legalising cannabis, only 41% of Australians feel the same way.

Australian medical cannabis patients are also stigmatised at every turn – on the road, in the clinic and by government departments like the Department of Veteran Affairs. While many medical cannabis companies are working to make things better, they are at the mercy of a government who doesn’t care for cannabis or the people who need it.

Ultimately, this sets a precedent that is holding Australia’s cannabis industry back.

In one year, Thailand has done more for medical cannabis users than Australia has done in four.