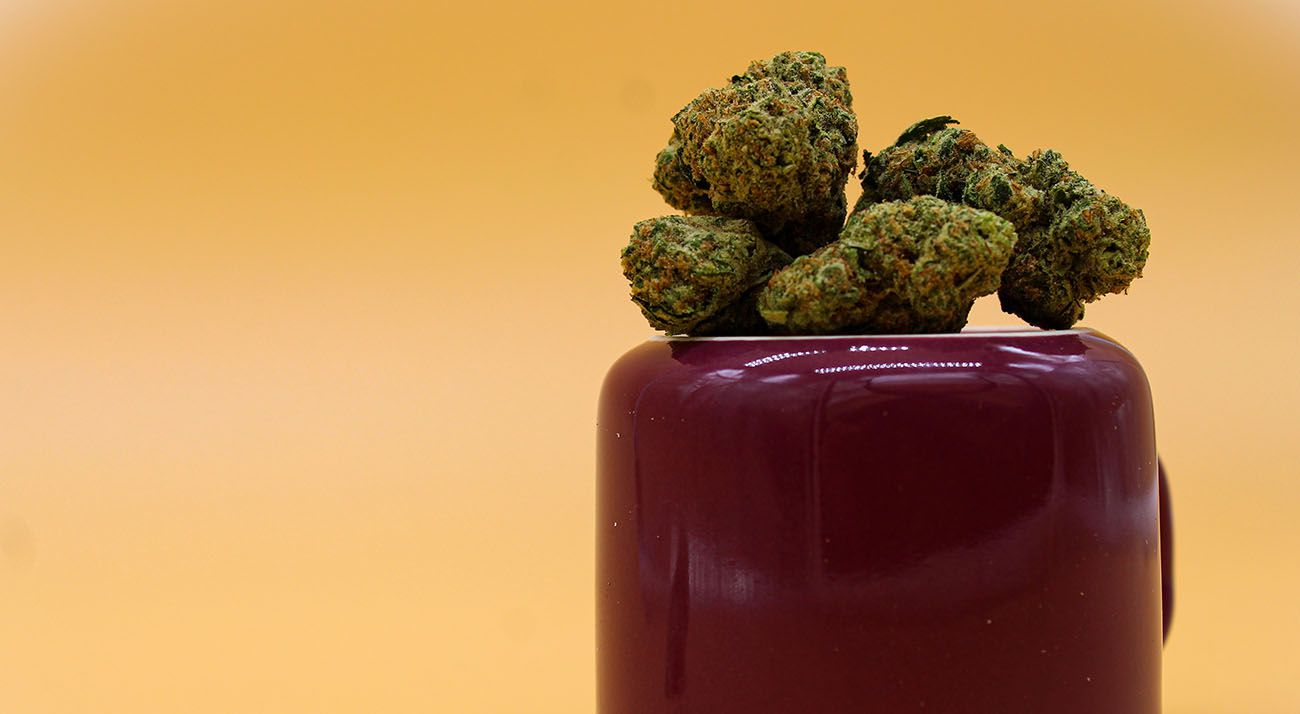 Cannabis flower buds on an upside down coffee jug

If it weren’t for THC, medical cannabis wouldn’t be so damn controversial.  THC, or Δ9-tetrahydrocannabinol, is cannabis’s primary psychoactive compound (i.e. the part that gets you “high”). When ingested, THC can alter a person’s cognitive ability, slowing down their reaction times and altering their cognitive function and decision-making skills.

But maybe it doesn’t have to be this way.

Scientists have recently discovered a new way to treat pain in mice with THC without getting the mice “high”. In a study published in the Journal of Medicinal Chemistry, researchers identified two 16-residue peptides (strings of amino acids) that interrupt the interaction between THC and two receptors in the brain. One of these receptors processes the effects of THC, while the other is responsible for binding serotonin (which helps regulate cognitive functioning).

In a previous study, researchers found that they could partially reduce the memory problems caused by THC in mice when they injected these peptides into the mice’s brains.

In their latest study, researchers tried the same experiment with an improved version of the peptides. These peptides were smaller, more stable, able to cross the blood-brain barrier – and could be eaten. After the mice ate the peptides, researchers injected them with THC.

This time, researchers found that the mice experienced the pain-relieving effects of THC without the “high”. In the study, they write:

Our efforts have culminated in the identification of an ideal candidate for cannabis-based pain management, an orally active 16-residue peptide preserving THC-induced analgesia.

As this study was not conducted on humans, we don’t know if we could use peptides to reduce the “high” effects of THC in people. But if we could, it would have huge implications.

For one, medical cannabis patients could use peptides to reduce THC’s effects while driving or working. Although research shows that the high from medical cannabis only lasts 3 – 10 hours, Australia’s drug driving laws prohibit driving with any THC in your body.

Peptides would also allow more people to take medical cannabis without worrying about its side effects or the stigma associated with THC. It might also help more Australians comfortable with cannabis medications.

Although the research into peptides and THC is still new, it could one day drastically change medical cannabis treatments forever. Stay tuned for that.