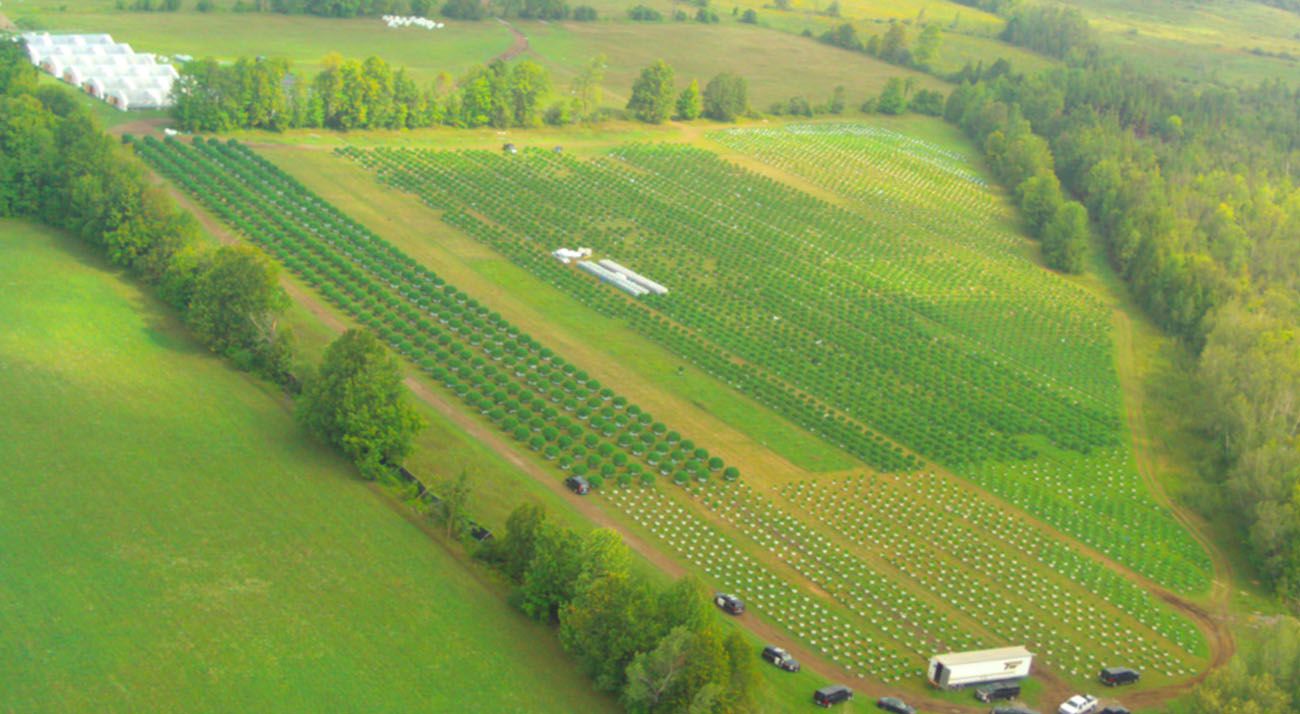 Canadian police are cracking down on contraband cannabis, seizing millions of dollars worth of illegally grown cannabis plants over the past twelve months.

Canada legalised recreational cannabis in October 2018 but has struggled to kill the black bud market. While citizens are allowed to grow 4 plants per house, a license from Canada Health is required to sell cannabis.

Since 2018, the legalisation of cannabis has dropped the price of legal cannabis to $7.50 (CAD) a gram. Despite this, Canadians have long complained about the price and quality of so-called ‘government weed’.

In February, a report released by the Canadian Government revealed that 40% of Canadian cannabis users were still getting their cannabis on the black market. In a report by The Guardian, national cannabis sector lead Omar Yar Khan explained:

It’s very hard to draw loyal consumers away from the illicit market to a legal market when there is very little brand identity amongst the consumer groups.

Canadian police have carried out several major raids in 2020, with the latest occurring on August 28th. The Ontario Provincial Police and the Community Street Crime Unit (CSCU) raided a property two hours out of Toronto in Kawartha Lakes. At the property, officers seized over 15,300 live cannabis plants.

Police told the Canadian media that the plants were growing on an unregistered grow site on the rural property, with police also seizing cannabis cultivation equipment, harvested cannabis flower and several vehicles.

But this isn’t the only raid keeping Canadian police busy.

On August 21st, Police also carried out a raid on a large-scale cannabis distribution network between British Columbia and Ontario. Eight people were arrested in connection with the network, and 2,000 pounds of cannabis and cannabis products were seized. This raid is part of Project Woolwich, which has closed 77 unregistered dispensaries throughout the Niagara region of Ontario in the past twelve months.

Another unrelated raid was also carried out on August 21st, two hours from Toronto in Trent Hills. Nineteen people were arrested at the rural property and police seized 600 pounds of cannabis and 1,800 live cannabis plants.

However, these raids pale in comparison to Niagara Regional Police’s July raid. Police discovered an illegal marijuana operation an hour from Toronto in St Catharines. Police seized over $34 million worth of cannabis – which is the largest marijuana seizure in the area.