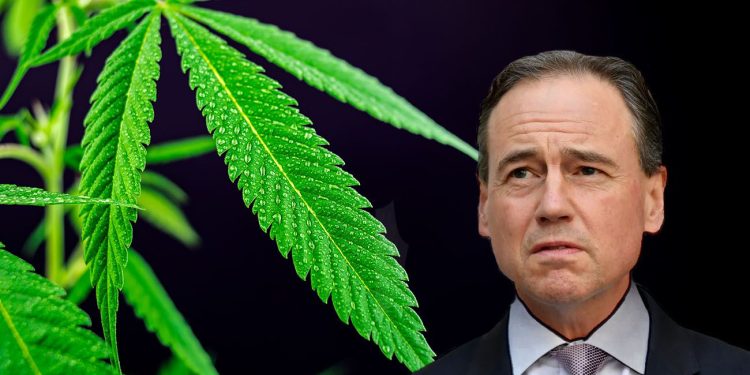 The petition closed for signatures on September 1st, and as the rules of our democracy demand, Minister for Health and Aged Care Greg Hunt responded to it in a Ministerial Response dated November 11th.

What did this response include? You can read it for yourself here, but we wanted to pick apart a few things that immediately stand out.

First, Hunt writes that “the Australian Government’s concern first and foremost is the health, safety and wellbeing of all Australians.” … (¬_¬) …

He then says that Australia’s National Drug Strategy 2017 – 2026 is committed to a balanced approach between health and law enforcement. If you want to see how that’s going, read this article or the Inquiry into the use of Cannabis in Victoria. Spoiler alert: yikes.

Next, he says that “20 per cent” of treatment services are given to people “identifying cannabis as their principal drug of concern.” He didn’t give a source for this statistic, but I think he might be referring to the 2018-19 Alcohol and Other Drug Treatment Services National Minimum Data Set (AODTS NMDS). The 2019-20 AODTS NMDS dataset shows that 18% of people in treatment list cannabis as their principal drug of concern — making it the 3rd most common substance behind alcohol (#1) and amphetamines (#2).

I see what he is getting at here, but he misses that a substance can be harmful to some people while fine for others. Also, if you follow his logic, the government should outlaw alcohol as nearly twice the number of people identified alcohol over cannabis as their drug of concern.

He then brings up the fact that Australia signed the UN Single Convention on Narcotic Drugs in 1961. This was sixty years ago, and the UN has since rescheduled cannabis from a schedule 4 drug to a schedule 1 drug.

He concludes the response by pointing out that the TGA provides “safe and legal access to medicinal cannabis products…”. But this ignores the fact that “safe and legal” doesn’t mean “affordable and accessible,” — which is part of the problem EN3044 was trying to solve.

Overall, the reasoning doesn’t really line up. Hopefully, the next Health Minister will take a more reasonable approach.