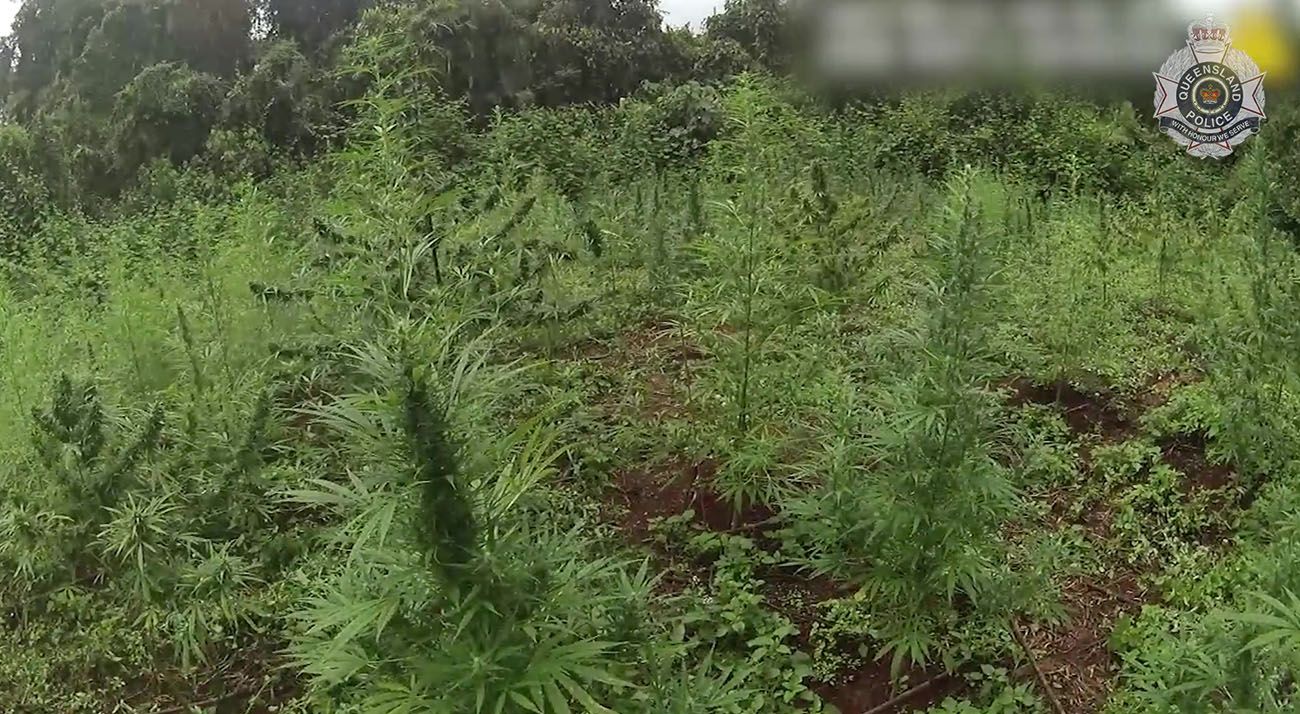 Detectives from Queensland police have charged a man in connection with a large scale cannabis garden found growing in Wooroonooran National Park.

Police allege that officers from the Major Organised Crime Squad Rural found the crops during a search of the national park on Thursday, the 24th of June. In total, police uncovered 487 cannabis crops, which they describe as “ready to be picked“.

According to police, the crops were growing in an “elaborate set-up” growing in the middle of a field surrounded by trees. At the scene, police uncovered water tanks, sprinkler heads, tarps and a water pump they believe was used to water the cannabis crops. Police also discovered 200 metres of hosing that was connected to a property adjacent to the national park on Pullom Road.

While police are still appealing to the public for information about the bushland cannabis garden, they have charged one man in connection with the crops. The same day they searched the property, police charged a 32-year-old man from Nerada (Innisfail). Nerada is roughly 100 kilometres south of Cairns.

The Nerada man is expected to appear in Innisfail Magistrates Court on Monday, the 12th of July.

The Wooroonooran cannabis crop is one of potentially thousands of cannabis crops across Australia. Though we don’t know the extent of the issue in Queensland, Victoria alone was estimated to have around 1500 grow houses in 2017. As Australians consumed record levels of cannabis in 2020, that number may have increased in recent years.

Unfortunately, prohibition is likely helping the cannabis black market rather than hurting it.