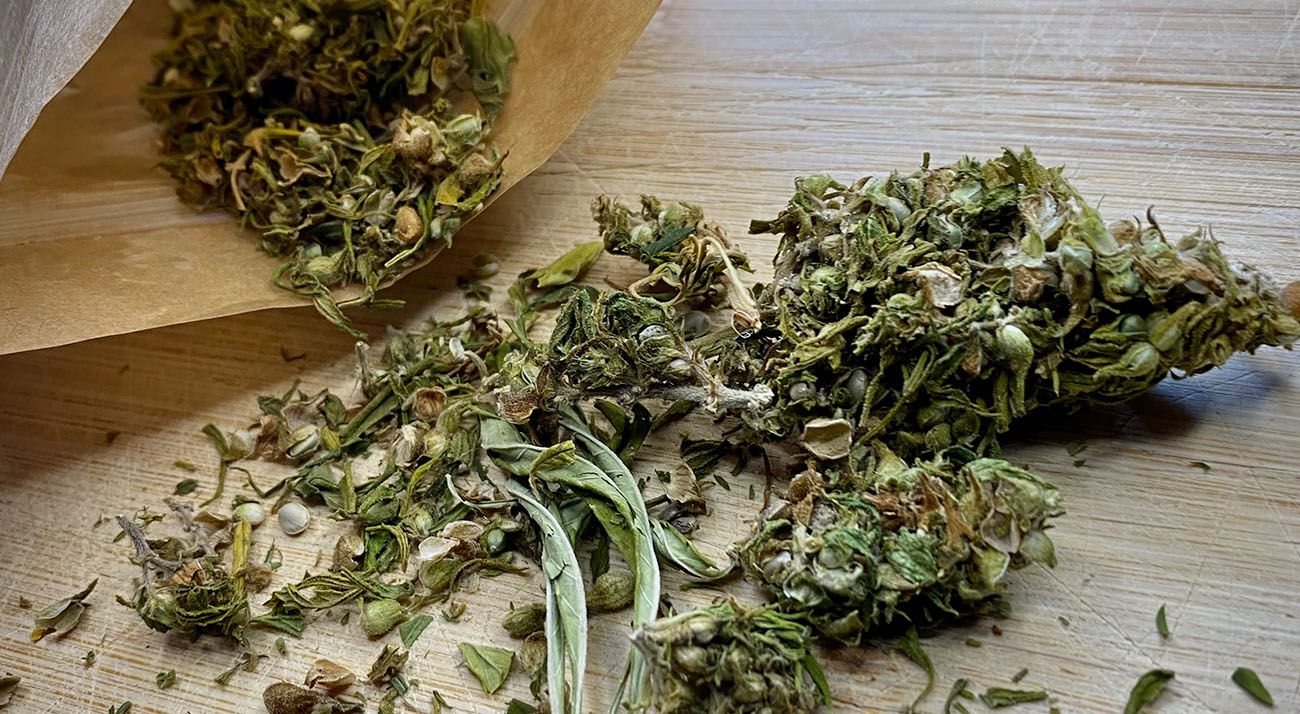 Cannabis flower from a bag

A cancer patient from Queensland has been sentenced after police caught him using black market cannabis as a cheaper alternative to legal, medical cannabis.

The 42-year-old Southside man faced Gympie Magistrates Court on Monday the 17th, where he pleaded guilty to possessing a homemade bong made from an Ice Breaker bottle, a pipe, and 0.94 grams of dry cannabis. That’s worth $25 at most.

The man is currently undergoing treatment for a brain tumour. He was arrested and charged on March 21st after police attended his home. The court later heard that the cancer patient willingly handed over his bong and police and admitted to using the cannabis for medical purposes.

According to the man’s defence lawyer N. Maywell, the cancer patient was smoking black market cannabis as an alternative to medical cannabis. The cannabis helped him handle pain and vertigo, which he suffers from 24/7.

The Southside man was originally given access to a CBD oil through the Therapeutic Goods Administration’s Special Access Scheme. However, his CBD oil cost him $40 a bottle and was too expensive to use. When the man consulted his doctor, the doctor informed him that he would have to relocate to Victoria to get a prescription for cannabis buds.

According to comments printed in The Chronicle by police prosecutor Michael Phillips, the Southside man’s doctor was aware that he was using black market cannabis.

When asked if he had a medical certificate, he said he did not, but he did have a letter from his doctor which states they are aware that he smokes cannabis instead of using an oil available from Gympie Hospital.

The Southside man isn’t the first (or even the second) Australian to find themselves in this situation. Over the past twelve months alone, a Dubbo pensioner, a Toowoomba man and a 22-year-old from Tasmania were all convicted for illegal medical cannabis.

As the cost of medical cannabis averages $382 a month, Australians can’t afford to fill their prescriptions. There are even altruistic cannabis growers who grow black market cannabis to give to people in need. According to the government’s National Drug Household Survey, approximately 2.7% of Australians currently use cannabis for medical purposes.

Magistrate Kurt Fowler gave the Southside man four months in jail, suspended for 12 months, provided he does not commit any other offences.