Driving On Cannabis: The Aussie Guide [All States] 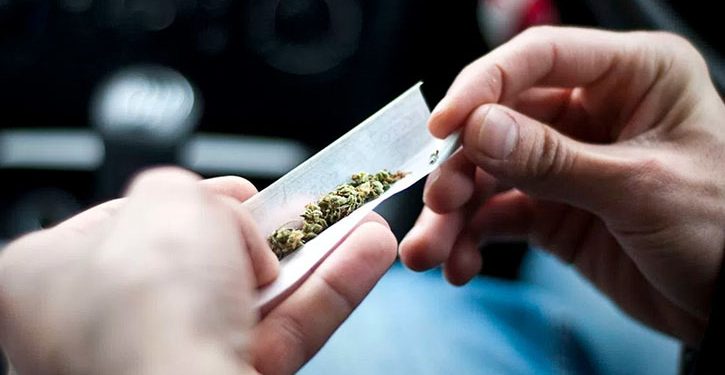 Driving on Cannabis in Australia

With medicinal cannabis now being legal in Australia, and complete legalisation inevitable, find out all there is to know about driving on cannabis in Australia.

The Australian Constitution doesn’t provide any rules relating to roads and traffic. Therefore, it’s up to each individual state and territory to form their own set of legislation around the topic.

Although the rules differ slightly from state to state, they remain mostly similar. But what about the laws around cannabis and the possible effects it might have on your driving?

Before we dive in, please keep in mind that this article does not constitute legal advice. Should you require legal advice, please seek a lawyer with the relevant qualifications and licences.

Testing For Cannabis Whilst Driving

Currently, there is no device able to test for cannabis impairment anywhere in the world. This makes it extremely difficult for authorities to objectively decide whether or not a driver is also impaired if cannabis is found in their system.

As you may or may not know, THC, the principal psychoactive constituent of cannabis, can last in your system far beyond impairment. This is why the current solution of simply testing whether the chemical is in your system or not is flawed.

Until such technology is developed, unfortunately, it is the system nearly all of the Australian states currently employ.

The test for impairment is still undertaken by the officer(s) at the scene.

Mobile Drug Testing (MDT) is the primary method used by the NSW Police Force to test for illicit substances at their roadside operations.

An initial test will be conducted with a swab of your tongue, if the result is positive for cannabis, you will be asked to undertake a further saliva test in their van or back at the police station.

It is an offence to refuse any of these tests or not cooperate with the police during roadside testing.

Under the Road Safety Plan 2021, penalties have been simplified for those first-time offenders driving under the influence of cannabis.

If you receive a positive result in both the roadside and further lab testing, you will be fined and suspended from driving for 3 months. A second offence will land you in court and possible license disqualification.

Victorian Police conduct drug roadside testing by first conducting a test of your saliva. If drugs are detected in the preliminary test, a further lab test will be done which may be further saliva or blood testing.

Police in Victoria are also able to conduct physical tests to test for drug impairment. These involve an assessment of your physical behaviour, coordination, and balance.

The penalties for positive readings depend on whether you’ve had previous offences or any other drug offences.

If you fail a roadside drug test, and the police only give you an infringement notice for your first offence, you will:

If police determine you’ve been driving whilst impaired by drugs and it’s your first offence, you will:

Penalties and consequences vary depending on your individual circumstances. For all the possible penalties relating to driving on cannabis in Victoria, see VicRoads.

Queensland police also regularly conduct roadside drug testing through the use of a saliva test. The testing kit tests for the presence of the following drugs:

Upon request of a police officer, you must provide your saliva to be tested for drugs. This result takes about 3 to 5 minutes to come back. If the result is positive, you will be asked to undertake another saliva test. If this test is also positive, the samples will then be further analysed in a lab.

Currently, in Queensland, there is a zero-tolerance approach to driving on cannabis and other drugs. Meaning if there’s any trace of the above chemicals in your system, you may be penalised.

If the above tests come back as positive, your licence will be immediately suspended for 24 hours. If you are subsequently charged with driving with a relevant drug present and have no other pending drug driving charges, your licence will remain valid until your court date.

Upon your court date, the magistrate may:

If the police officer determines the cannabis or other drugs in your system has impaired you driving abilities, the magistrate may:

Western Australia has some of the most lenient policies when it comes to driving on marijuana.

Similar to other states, however, WA police have the authority to stop drivers suspected of driving while impaired by any drug, including cannabis.

The current penalty for the offence Driving with Prescribed Illicit Drug in Oral Fluid (traces of cannabis found in your system) is a maximum $500 fine and three (3) demerit points. No driving ban, no court date. You can even still drive off after testing positive.

It all changes if the police officer determines you’re driving while impaired. Then you’ll be charged under the offence Drug Impaired Driving under the Influence of Drugs and receive a fine between $900 and $2,500 along with a minimum 10-month licence suspension.

Repeat offender? The consequences go up, dramatically. For those penalties, see the WA Police website.

Changes are looming, however, with some political parties asking for major reforms to the WA cannabis driving laws, bringing them closer in line with the other states.

For example, if you’re found driving on alcohol and meth, you could be fined up to $5,600 and lose your licence for 15 months, under the proposed new laws.

South Australia has some of the toughest penalties for anyone caught driving on cannabis. In 2017, the SA parliament approved changes to the laws in an effort to improve the safety of all road users.

Currently, a single roadside test can be conducted on you. If the result is positive, an oral fluid sample will be sent to the lab for further analysis.

Unlike some other states, South Australian police don’t conduct separate testing for cannabis impairment whilst driving. They only care whether the substances are in your system or not.

As you can guess, for every offence you have, the penalties become more and more severe.

Don’t feel like cooperating with police during a roadside drug test? You’ll lose your licence for 12 months, be hit with 6 demerit points, and face a court penalty between $900 and $1,300. Harsher penalties than testing positive for driving on cannabis for the first time.

Tasmanian police use a similar method to test for drugs in your system. A saliva test can be randomly conducted on you whilst driving by any uniformed police officer, but only after a breath test has been done first.

If the saliva test returns positive for either THC, MDMA, or methylamphetamine, a further oral fluid sample will be taken and sent to the lab for further analysis.

Unlike other states where police can issue fines on the spot and charge you with an offence, the lab must first confirm the presence of marijuana in your system. You are also still allowed to drive after the test, unless the officer deems you impaired, following which you must surrender your keys.

First offence driving on non-prescription cannabis in Tasmania? You’ll be hit with 4 demerit points and possibly lose your licence for 3 months, along with a hefty fine between $900 and $1,300.

Remember – the penalties are higher if you refuse the drug test.

Northern Territory first started testing for drugs in drivers back in 2016, including cannabis. The laws have grown and changed over time with new equipment and processing standards.

Today, NT police can take a sample of your saliva or blood during a random roadside drug testing, if they believe you’ve committed an offence of driving with cannabis or other drugs in your system, or if the officer believes you’ve been involved in a crash.

Unlike other states, the NT is the only state where you could possibly go to prison for a first-time drug driving offence. Up to 3 months. You’ll also get a fine to go along with that time. Surprisingly, even though you might head to prison, your driver’s licence will still be completely valid.

Keep in mind, however, it’s highly unlikely the court will sentence you to prison for driving on cannabis the first time. Unless it’s a highly unusual case.

Just because smoking cannabis in the ACT is now legal, doesn’t mean you can smoke and joint then head down to Maccas straight away. It’s still an offence to drive with cannabis in your system, whether you’re impaired or not.

In the ACT, the police conduct a three-step process before you can be charged with an offence. First, an oral test is conducted, followed immediately by a ‘preliminary oral fluid analysis’. If these two tests are positive, a third sample will be taken which will be sent for analysis at a lab.

Only after the lab results return positive can you be charged with an offence.

If it’s your first offence driving on cannabis in the ACT, you could face a fine of up to $1,600. A court can also order a period of licence disqualification as well.