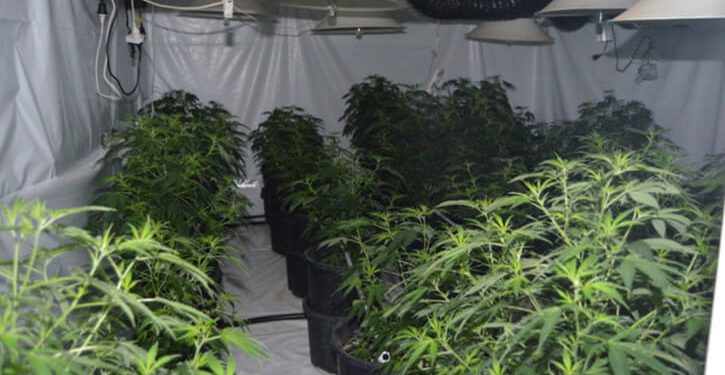 Kaleen, a usually quite suburb of Canberra, became the unlikely seen of an early morning Saturday raid by police.

Police received information after a member of the public tipped them off after the assumingly saw some suspicious behaviour, or got a little whiff of something reminding them of the young, wilder years.

The raid comes after another house less than 5km away in Gungahlin, was found to be growing 97 cannabis plants. The plants were seized and later destroyed. A likely outcome for the 200+ plants found at this property.

Along with cannabis plants at various stages of maturity, numerous tools and growing equipment was also found. There growing skills may be up there, but they definitely need to work on their cable management. Talk about a fire hazard.

No one was found on the property during the raid, and no arrests or charges have been laid. However, ACT Police expect both to come at later dates.