“She needs to take a step back”: Legalise Cannabis candidate to run against Senator Kristina Keneally 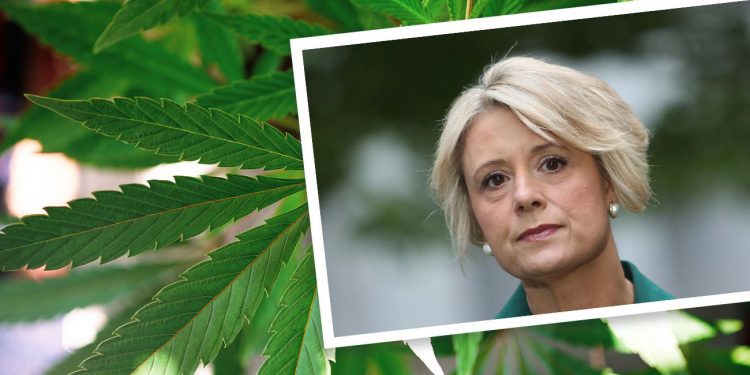 Australia’s Legalise Cannabis Party (LCP) has decided to run a candidate in the seat of Fowler to draw attention to Senator Kristina Keneally’s opposition to cannabis law reform.

Last year, the New South Wales government briefly considered decriminalising the possession of small quantities of drugs (including cannabis). At the time, the primary arguments for decriminalisation were that:

However, this common-sense approach didn’t seem to resonate with Keneally. Following even the slight consideration of decriminalisation, she went on the offensive. In an interview with 2GB, she expressed concern about drug decriminalisation in other countries and suggested that it sends the wrong message.

But is she aligned with the opinions of experts? Nope – and that’s a serious problem. According to LCP NSW’s Party Secretary Gail Hester, Keneally is contributing to a “pile-on” that’s stopping a change that would save lives.

Hester also points out that Keneally’s opposition to decriminalisation isn’t aligned with the community she represents. Fowler’s medium income falls well below the national average, and the electorate is very culturally diverse. And as LCP says: “people of ethnic backgrounds and from poorer households are disproportionately affected by drug laws.”

Of course, Keneally’s views on discrimination are also starkly different from the average Australian’s. According to the National Drug Strategy Household Survey, 78% of the population believes the government should decriminalise cannabis possession. That’s about 15.9 million people.

LCP will run a candidate against Keneally to draw attention to her stance on cannabis — though she isn’t the only senior politician parroting unscientific war on drugs propaganda. The party has also started the registration process to become a state party in both NSW and Victoria. That will put them on the ballot in the next election in both states.

If you’d like to help LCP end Australia’s war on drugs, you can join your state party, donate, or simply support them on Facebook.