The Help End Marijuana Prohibition Party is an Australian cannabis political party founded to campaign and lobby for the legality of cannabis in all states and territories in Australia. They aim to endorse candidates in contesting for federal elections, and to collect and share knowledge regarding the party’s aims.

They also organise fundraising for the party as well as apply for and seek public funding for electoral purposes. They look to legalise the usage of cannabis in Australia for personal purposes, medical and therapeutic use and industrial use.

Based in NSW, the Help End Marijuana Prohibition Party is invested in several suggestions for reform regarding cannabis use in Australia, among them being:

With the implementation of legal reform, valuable resources used to restrict cannabis use can be redirected to funding education, health and harm reduction. Regulating cannabis use will help to reduce the stigma surrounding cannabis use, and from there allow for more discourse and disclosure particularly in situations where a person’s health and well-being are at stake.

The HEMP Party accepts support in the form of donations and membership.

Help End Marijuana Prohibition can be contacted by calling their president, Michael Balderstone at 0472 760 236, or they can be mailed at PO Box 20177, Nimbin NSW 2480. Their headquarters are at 51 Cullen Street, Nimbin NSW 2480, but they also have an extensive network of branches all over Australia.

About (30 words): Help End Marijuana Prohibition (HEMP Party) is an established political party aiming to re-legalise and regulate personal, medical and industrial use of cannabis.. 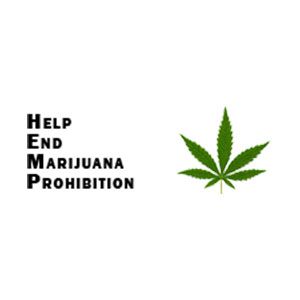